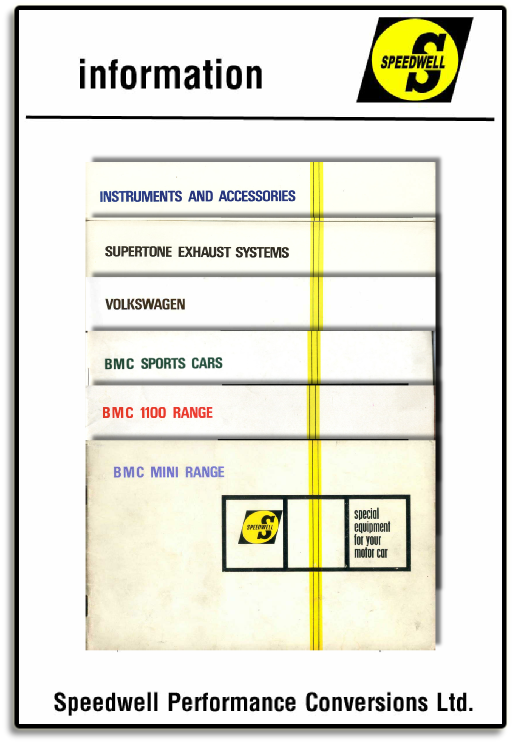 Although the original large format, loose leaf  Speedwell catalogue was very popular, it was also expensive to produce & the idea of sending out regular updates never really got going, so in 1965, in an attempt to save some money & target their advertising budget a bit more carefully it was decided to abandon the original yellow catalogue.

The result of this cost saving was the introduction of short form catalogues that reflected a specific model or range of parts.

These are the 6 different catalogues that were first produced in 1965 & continued in service until the end of Speedwell Performance Conversions Ltd in 1969.

I have reproduced all 6 in relatively high definition, to see the contents of any of these brochures, simply click on the title & the PDF file should open automatically.

These catalogues were initially free, but a charge of 2’ 6 was introduced, again in an attempt to save money.

Instead of sending out updates, Speedwell also introduced the “Speedwell News” at this time.  Another short lived advertising device, that I believe only stretched to 3 issues covering some of 1966.