Paul Emery was born in Chiswick, West London in 1916. After the war, Paul took over Emeryson Ltd. from his father, George, who had been building racing specials since the 1930s.

Paul turned his attention to 500s in 1950 with the front wheel drive Emeryson. He drove his own car regularly achieving some creditable performances in spite of the unusual arrangement. He failed, first time out at the Goodwood Easter 1950 meeting, then took a second to Don Parker at the Inaugural Brands Hatch event in the Amateur Built cars race and a win at Brands in July.

In 1951, Paul took a third in the International Trophy at Brands on the 12th May and seventh in the Open Challenge Final in October. 1952 brought a third in the London Trophy in April and at Snetterton in June, fifth at Castle Combe on 4th October and second in the Consolation race at Brands a week later.

Paul continued with his Emeryson into 1953, in spite being against Cooper Mk VIIs by this time. He still managed a third in the Open Challenge Final at Brands and a second at Amiens in June.

In 1958, Paul worked for Bernie Ecclestone racing Connaughts. Emeryson was bought by American, Hugh Powell in 1961 with Emery continuing as designer.

For 1962 Powell established Scirocco-Powell Racing. The cars were renamed Sciroccos and fitted with BRM engines, Ian Burgess being one of the drivers. Paul Emery remained involved until the end of the year.

Thereafter, Emery turned his attention to engine-tuning notably Hillman Imps & from our point of view the first Twin Engined Mini this had 2 x 948cc engines & should have been raced at Goodwood although I can’t find any trace of it having been.

For more info & pictures of the Emery Twini, follow this LINK to the Twini Mini page. 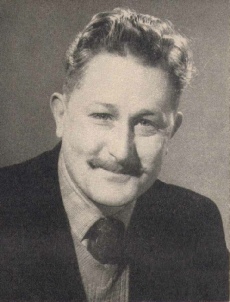