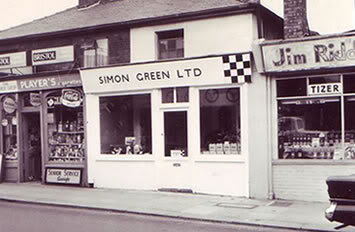 Another great British business that is intrinsically linked with the Mini Cooper story is that of Moto-Lita.

Simon Green started his career in the motor industry as an apprentice at the Cooper Car Company back in the early 1950's where he was eventually tasked with making the steering wheels for their single seat racing cars. When he left Cooper's he worked for a number of other racing car manufacturers before setting up "Simon Green Ltd" in 1956. Originally based in a redundant chicken shed in Esher, where he began to make racing car specification steering wheels for road cars.

From those small beginings Moto-Lita have grown from strength to strength & are one of the few companies who have continued to represent quality & value in a world where so much is transitory.