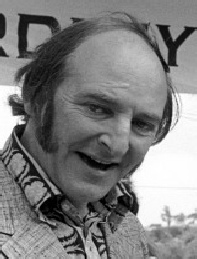 Of all the accessory companies that thrived in the 50's, 60's & 70's off all them probably the best known is "Les Leston".

Born Alfred Lazarus Fingleston in 1920, Les Leston, first came to prominence in the 1950's as a racing driver. He started racing in a Jaguar SS100 before acquiring a Cooper and later building his own Leston Special. He become a Cooper works driver in 1954 and took the national Formula 3 championship in that year. Les also participated in three Formula One World Championship rounds, but with no great success.

After he retired from professional motor racing he started selling accessories with a "Motorsport Theme". Lestons are probably best remembered nowadays for their range of beautiful after market steering wheels most of which were manufacturered by "Walsall Wheels" but he was also instrumental in the adoption of many of the safety improvements seen during the 60's including the introduction of fireproof suits & crash helmets to motorsport.

Of all the accessory companies it was Les Leston who was probably the most successful in spanning the two very similar but also very different worlds of Motorsport & Motor accessories.