Grafer Tune was based in Chapel St Royton Lancs. Described as looking like a scrap yard. It was actually a compound full of finished and half finished projects. Old Jags, MGs and Minis seemed to be flavour of the day. Grafer Tune was run by Stuart Whitehead & his brother.

The Garage was demolished in the late 80s or early 90s to make way for new houses. 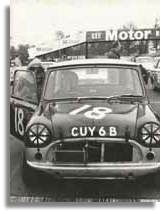 Grafer tune were racing for Allan Rothwell at the time who played David Barlow in Coronation St, as Allans TV contract stopped him driving over 30 MPH for insurance reasons. 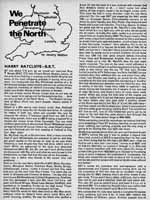 “We penetrate the North”

A short article about tuning in the Manchester area that mentions Grafer Tune as well as their much more famous neighbours BRT.

Thanks to App K & Andy C from the mk1 forum in helping to create this page.